Babies and knits! Baby in knits! 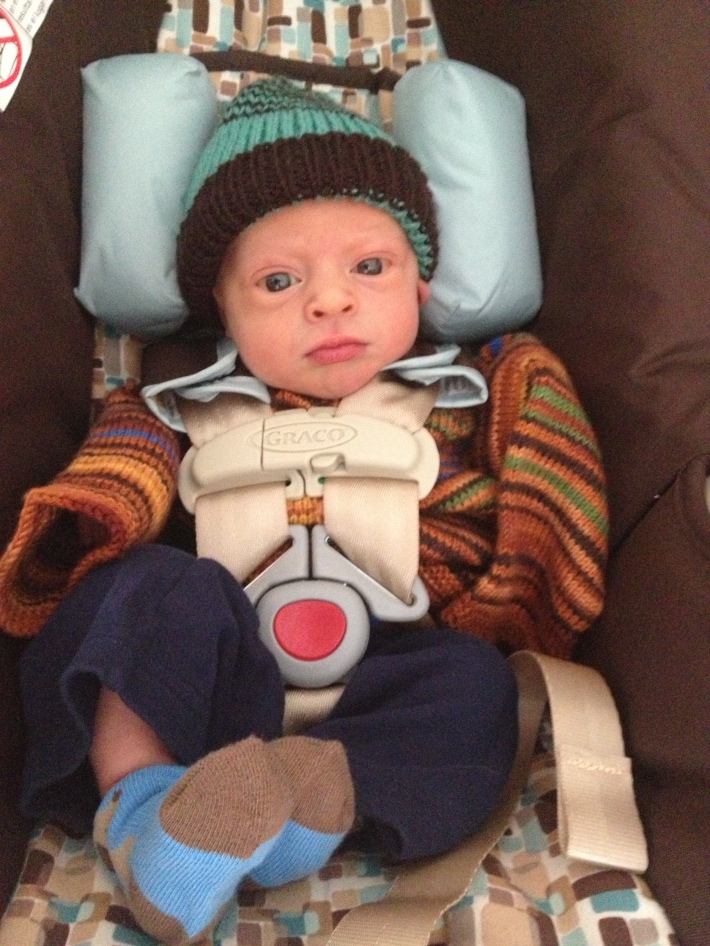 I know, my grandson doesn’t look too impressed. Maybe he’s thinking, “I don’t think you made this sweater big enough. It might be big enough to swim in but maybe not to DROWN in.” And I’m sorry the hat doesn’t match the sweater! I’ll try harder next time.

I just mailed this, a request from my daughter: 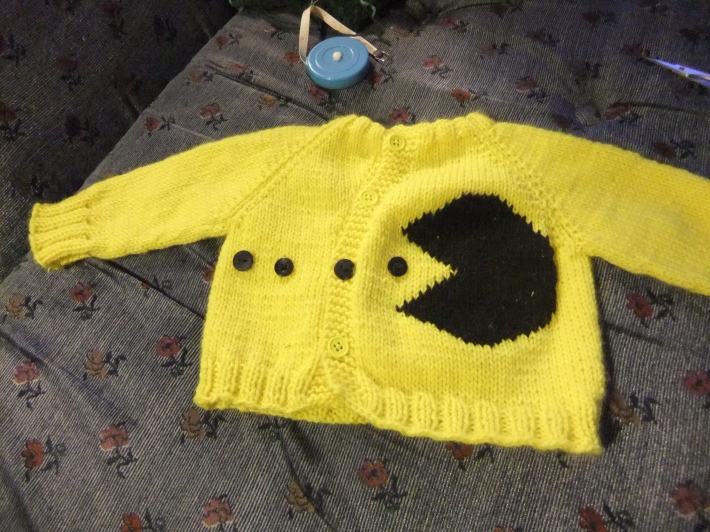 Yes, Pac-Man! I knit her a pacman sweater ages ago, black with a yellow pacman. Now the two of them can be matchy-matchy, how cute would that be?  (I think I can hear her gagging). Now’s the time to do it because as soon as he possesses self-awareness he might not want to wear matching outfits with his mom. Not sure why that would be… Since I hate intarsia knitting as much as I hate, say, art rock, I just over-stitched the pattern. Which, it turns out, presents its own kind of hell. 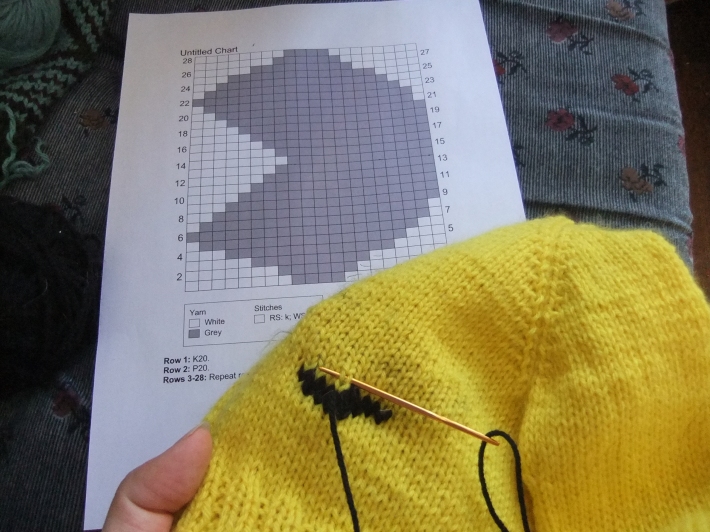 Foolishly I first tried to do it “free hand” and quickly ended up with a very lopsided blob. Picked that out stitch by stitch. Then I made up a graph, which I managed to screw up at some point too but soldiered on. Remember when over-stitching to keep it nice and loose, you want your yarn plump to cover over the yarn underneath. I learned that after my first attempt too.

And here he is in his sleep sack (aka fart sack), which in fact, matches his hat.

Since I know unless you have a baby or a grandbaby, at this point you’re probably bored out of your gourd – baby knits never interested me much either until now. So on to other knits… I also finished another stranded project. I just love this pattern. It is Super Soul Cardigan from the first issue of St. Denis Magazine, but also available individually from the designer Mary Jane Mucklestone. I used Nordique which at first I wasn’t too crazy about but really like now. The yarn is 100% made in the USA – sheep and all I believe, (yeah I know I’m Canadian, but it’s close enough), and it is really nice for colourwork. Bouncy and crisp, a good workhorse yarn. AND I actually used my stash! AND it didn’t make a dent! But at least I’m trying. 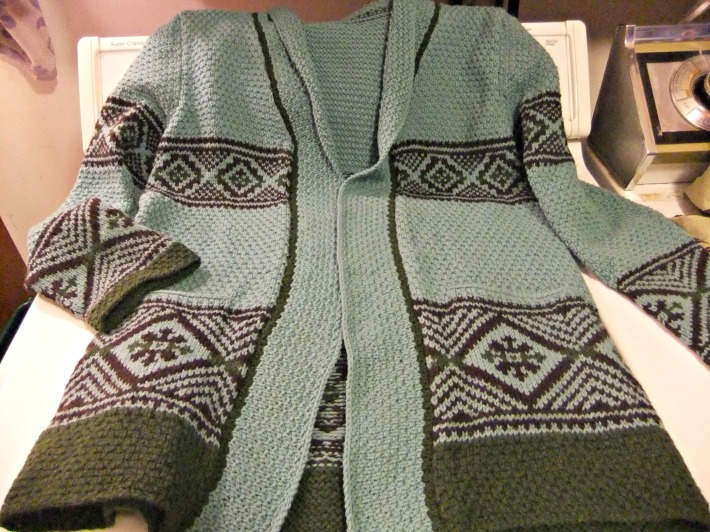 In other news… misery, thy name is Frankie:

Yup, it was that time… speaking of babies… he won’t be adding to the puppyworld. We were told to keep the cone on his head for 10-12 days. Which I think is overkill. And after 4 days of banging into doorways, stairs, scooping snow and scraping ice, the cone looked like this: 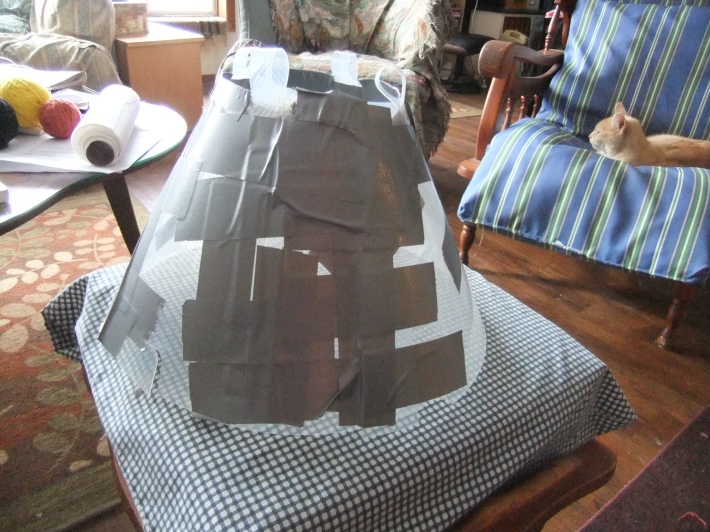 I guess Frankie thought it was overkill too. And he did try to kill it.

I’ll leave you with this:

It is a felted sheep head from Faux Fauna, I had given my daughter a bunny for the baby and she reciprocated with a sheep! Am I crazy, or does he remind you of Leonard Cohen?